So, you already know, but it won’t hurt to repeat it once again. There won’t be a blabber number 600 because tomorrow, in grand honor of this segment, you’ll get a movie review to read. This is only a reminder. In roughly ten hours from now, you will get the chance to read something I previously kept exclusive for the people that support me on Patreon. The movie is actually so good; I just couldn’t keep it away from you. I recommend watching Irezumi from 1966 because it is a classic cinema piece and the first movie that started changing Japanese popular culture. If we trail where it all began, it will point at this masterpiece and several works of Junichiro Tanizaki. It’s redundant to say that I thoroughly enjoyed watching Irezumi and learned a few tricks on forming a strong female lead character. I am sure the lesson I got from the director and the screenplay writer will come in handy on my future projects. Even if this movie is ancient, there’s a lot to see, learn and digest. Japanese culture is very complex and made out of layers under that exotic shell. I must also remind you that the Appleseed anime saga, which is also manga made by Masamune Shiro, inspired me to write one of my own tetralogy called Dronstad. This is how much I am amazed and how much the Japanese art, movies, tradition, and culture inspired me to create, write and paint. My saga is in the military fiction genre, which the Japanese consume on a massive scale. Military fiction is the most popular genre there, and I can only hope to translate my novels into Japanese and enter their market. That idea is just a dream now, but who knows what the future holds.

Speaking of Japan, I am sure you know the Olympic games are going on in Tokyo. My country, Serbia, on the first day, won two medals. We won silver in the air gun category for men and bronze in Taekwondo for women. This will be the first year my homeland has a female boxer competing, so I am curious to follow those events. I mean, I like action, which sounds like a fun thing to tune in while writing about strong girls.

Speaking of writing, I opened an old project of mine and begun making a short story for one of the portals that asked me for something to share with them. That could be a challenge since I am working on two novels simultaneously, and I haven’t written a story in months. So, to recap, tomorrow is a review, and in a few days, I’ll post one more thing, but a bit different. Happy blabber, everyone.

And of course, here is the Commander Kitten for you to look at while I am gone. 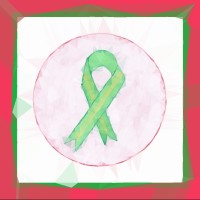 Missing my sight to see pictures, I see the world in infinite words.