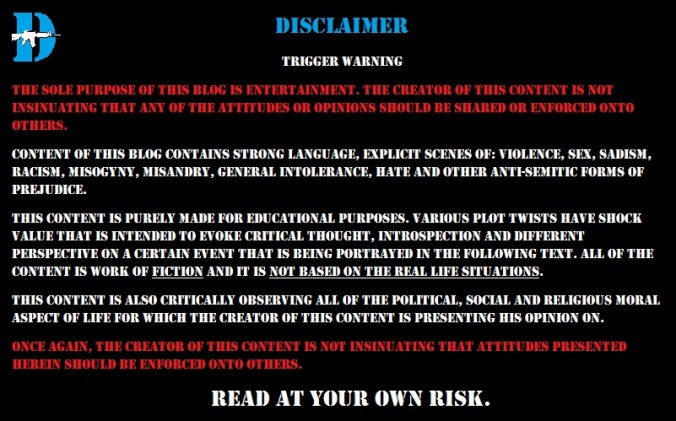 Describing my father is one of the hardest tasks I ever had. All I have about him were good memories and very fond feelings. People said he is the total opposite of my grandfather. Dad was a quiet, kind man who loved to smile and enjoy the maiden songs at night. Grandfather was a noisy man, a grumbling old fart able to flip the table, spill his chalice, lash the servants and messengers who brought ill news from the west.

Only my father was able enough to calm him down, point out the ration and guide grandfather’s command to a more shrewd outcome. And their converse was rare, mostly when there were the rumors of war crawling towards our realm.

People still hate my grandfather and dad never talked about him. The burial happened two summers past.

I remember four of us, children, playing in the father’s shadow in the meadow. He stood tall with both of his arms on an ax handle, his half smiled face looking at his sons playing war. Guards were healthy eleven steps away from us, gazing at the treeline and the river that rustled in the valley. The hot summer day was upon us when we all sat beneath an oak and had a snack. Uknar cried for some sweets, but father said no and his words were the law.

Father changed. He became more strict, more resentful of the rumors, more of a grandfather than he was of himself. Still reluctant to wage wars, that was a thing that lingered in his heart, a memory of his boyhood. And the standing army was vast, he conducted inspections, often spent time with the weaponsmiths and the guildsmen than sleeping in his chambers.

A few days later, he went to the market cloaked as a traveler from the lands beyond. He dressed his guards to his equal, except for the Latas, who wore women’s clothes. Others laughed at him and teased him. Father laughed too, but he then explained it would be suspicious for travelers to roam without their wives. Latas was ordered to constantly drive the traveling party to every merchant’s shelves, to every good laid in the basket, to every poor man in the corner and drop a few coins, so people would believe in the act.

People though our father was a “Headless King”, rumors said he refused to wear a crown. Peasants believed that the crown gave wisdom, not the scrolls he was fond of reading. Our father often spoke that panacea for every problem is already written in some scroll, and the only challenge was to find it. He also spoke that reading the scroll without thinking for two days about it, was a wasted read.

That brutal name people knew him for, also brought fear to other Kingdoms and their caravans. We were avoided at every cost, but after mutual help and armed escort, some caravans paid us a visit. Grand fear from our grandfather was chilling their bones. Realms knew we were a sleeping giant in the bosoms of a lonely mountain. To attack us is to summon fire and ironclad footmen into their turf. Sorrow was guaranteed if someone would disrespect the ruler. And yet, it seemed so easy to do just that, my father being a Headless King, shy to draw his blade and point the cusp at the peaceful castle in the valley.

No war came knocking, no traveler was being treated badly. And the words went into the realms announcing a new ruler governing its Kingdom justly. Caravans started venturing more and more. The city prospered beyond our hopes. People were happy they could trade and be respected in other Kingdoms.

Everybody loved my father… A Headless King of grand heart.

By becoming a Patron, you’ll get a custom made story, poem, and an illustration.

Or you can visit my YouTube channel and enjoy the audio stories, illustration tutorials, and more.