Linda came to visit me after who knows how many years. I haven’t expected her, but still, I was glad she came to hang out with me. I didn’t bother to get tidy, to comb my hair, and put on a new dress, so I welcomed her in what I was in a pair of tights, and a saggy military sweater.

– Why haven’t we asked for a settlement in the Orion B44? I hear the weather is much better there. – Linda asked, frowning at the Sun that shone from the crack in the roof.

– Home is home. Earth is where we were born. Earth is a place I want to die on. – the response came out like I had prepared it, then I took a sip from a can.

– My God, – she smiled unprovoked, – Do you think about June Lee? We were mean to that girl. – slight negating was meant to recall my service in the battleship, which wasn’t the most pleasant time of our lives, yet Linda had it figured out and became focused on the fun days.

– I remember her working in the engine, assembling the coils for the main railgun. We hid behind the production line, unraveled the reels, and sent them back to her for a do-over. We were bored and without assignments, so that was something we did to pass the time. – I said somewhat aloof and distant, then my lips touched the can again.

– Oh, she was mad when she figured out we were messing with her. A vein popped on her forehead when she saw us casually dismantling the coils. Ha, ha, ha. She laughed out of misery, then we bought her ice cream and helped her finish the quota. Fun days. – Linda smiled, evoking the memories of our past lives, injecting me with subtle feelings she kept safe and well.

– June did love to watch at you in the showers, alright. – I winked more because of the Sun than because I tried to tease when Linda made a disguised face.

– That bitch! – Linda scoffed and took another sip, then she smiled again, – Well, at least she had something gorgeous to look at. – some girly and lively shrug elevated my spirits and made me spray the beer out of my mouth all over the porch.

We laughed for hours.

Few beers later, Linda craved music, so she went inside and gave a command to the player that begun playing some songs. I followed her in a slow catwalk, drink in hand. Linda jumped around, her hair flying in the air, smile periodically unveiling in the blonde locks.

Innocent stumble brought her in my arms, her sparkling eyes fixed on me. She prompted up and kissed me – her military girl. A smile soon followed the action, I saw no regret on her face. My arm went around her waist, the path led us to the bedroom. A shove flattened her on the mattress, then my hands glided up her knees and stopped at the luscious thighs. She helped me pull her pants off.

– June Lee can eat her heart out. – Linda said, giggling, then I moved my hair and pulled her at the edge of the bed.

I got down to my knees, her hand guided my head in between her legs that I willingly brought closer. In a swift move, her thong was displaced. My hands inspected the surface of her skin, running up and down, then they enveloped the meat of her ass.

She watched me holding her lower compartment like watermelon and taking a taste. Her muscles tensed for a second, a reaction from my caressing the red bead. She sucked in my tongue with her vagina more than I was trying to slit it in. A dirty french kiss lasted for a good minute in my effort to go deeper, roll my tongue, contract it, stretch it, and undulate it.

She moaned, twitched her legs, behaved like possessed with the fingers running through her hair, biting her lips.

I introduced her with my three fingers, pivoted her over the edge of a bed, and begun irritating the upper wall of her vulva. My tongue stayed occupied with the hot spot, a bead I played with, in a manner of a dog drinking water. I felt her legs close, holding me static and a grab of hair that forbade me to pull away.

The pace of my fingers throbbing hasn’t stopped until I felt the secretion coming in, a wave of liquid now running down the corners on my mouth, splashing my sweater. She used a pillow to silence a scream and orgasmically shook on the bed, making the whole thing dance in the pace of the beat from a player.

She opened her legs, and I got to my feet. There was no movement on the bed as she lost the power to do anything. She remained static, her head on the pillow, wicked locks of hair covering her sleepy face, so I covered her with a blanket and left the room.

Linda slept for the whole night. This time, she was silent, with no grunting and nightmares to hunt her. She must have done that “brain clean up” and drank blockers to prevent ghosts of the past from coming back.

The house had a strawberry smell from the military issued MRE towels. I guess our Generals liked their female soldiers having a pleasant scent. When we entered the service, the military said we’ll stop worrying about accommodation and food, as those will be provided to us for life. It did jobs in Five Systems, so it was good for us to requalify from killing to maintenance and cantina.

Linda walked in, still sleepy and tired, but disoriented and bothered by what’s happened yesterday. I saw her wearing my old shirt, the one from the enlistment, full of coffee stains and holes.

– Good morning. – she said, her voice broken and shy.

– Morning. – I replied, leaving lipstick on the cup filled with military-style instant coffee.

– About last night… – she took a seat on the opposite side of a table.

– Stop it. I am not your fuck-buddy. What happened, it happened. It’s in the past. Have some breakfast and change the topic. – I slid her a metal tray, powder eggs, and bacon with a side of a cheese pasta and a chocolate chips cookie.

– Alright. Have it your way. – she added, cleaning her hands with a strawberry-scented towel.

I paused for a moment without a need to start a fight with someone I shared half of my life with. Even though the military stopped paying attention to what was happening in the dormitories at night, soldiers had their split of heart about many things. It wasn’t rare for soldiers to form an emotional bond, not in our time. That only made them fight better and take care of each other, but it was rare for Linda to react this way. I wasn’t the first woman she laid within the military.

– I forgot how fun you are in the mornings. – Linda moved a lock of hair behind the ear and dug in the tray.

– Yeah. Real goofball. – I said in the cold, kept drinking my coffee.

– Have you ever thought of how it would be like if we would live together? – Linda asked, aiming her absent gaze in the distance, but the question caught me by surprise, so unexpected and random, I had no reaction to it.

– You mean like a marriage? – response to my inquisitorial question was put on hold because of a sigh, dimmed chatter on a player, Linda’s meaningless looks over the room.

– Even if it was matrimony, it’s completely legal now. In the past, our kind was used as pleasure slaves, workforce, and disposable transplant meat-bags for humans. We got our rights now. We are allowed to live our lives just the same as they do. The hell, we are even allowed to join the military and become citizens after tours served. – Linda pondered on the idea of us living together but spoke of a violent history that followed Biobots, a bioengineered humanoid with increased abilities.

– 0K, you need to stop with that. – I turned at her in all seriousness I could make with my facial lines, – You had your chance for the family with June Lee. I am not biting into that crap. I want an old fashion family. I got a boyfriend. Soon we will get engaged, and I will marry him. He doesn’t know we are genetically built to hold no gender preferences, and I want to keep it that way. – I dictated my plans to her knowing I shouldn’t, but hardcore truth always served its application – either she’ll drop it and get mad on me, either she will accept it, but she will have to respect my choice.

– We could have kids too. I will give birth to them, and you can reverse a couple of your cells to the male kind and artificially impregnate me. They’ll have both of our features. They’ll look like you AND me. We can have a family together. – Linda hopefully jumped on the couch, gave me that puppy eyes, but I remained cold.

– You don’t understand. I said old fashioned nuclear family. I want a man in my life. I wanted that 20th-century thing when everything had some order and rules. I like you, Linda, but what are you suggesting isn’t for me. I am not doing that. I dream of a white picket fence, a bearded husband, and barbeque on the weekends. I want to feel like a woman, and for that, I need a man. – I added, but found laughter coming back at me, – Laugh all you want, I said what I had. – shook of my finger ended everything, leaving Linda to contemplate what have I said, which severely crossed with her plans for us.

Silence took over the room, my military girl absent in thoughts, beaten by what I decided to do. This subject wasn’t brought up again during her stay that was brief and of a short span.

Later during the day, we had lunch, and she gave me a long kiss before she left. I felt she was heartbroken, emotionally hurt because of my rejection. She wanted to say something, so I could remember her by, but nothing came out from those perfect lips scientist gave her.

Not even a turn or a smile as she walked toward the car. Nothing. She knew where my heart lies, and she could not move it. The only thing she didn’t realize was the tears I spilled for hours in the pillow, the cries, and my thoughts of what life would be like if I chose to settle down with her and make a family.

Man without a name Finale 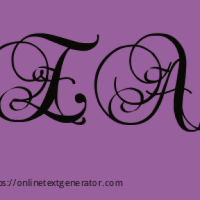